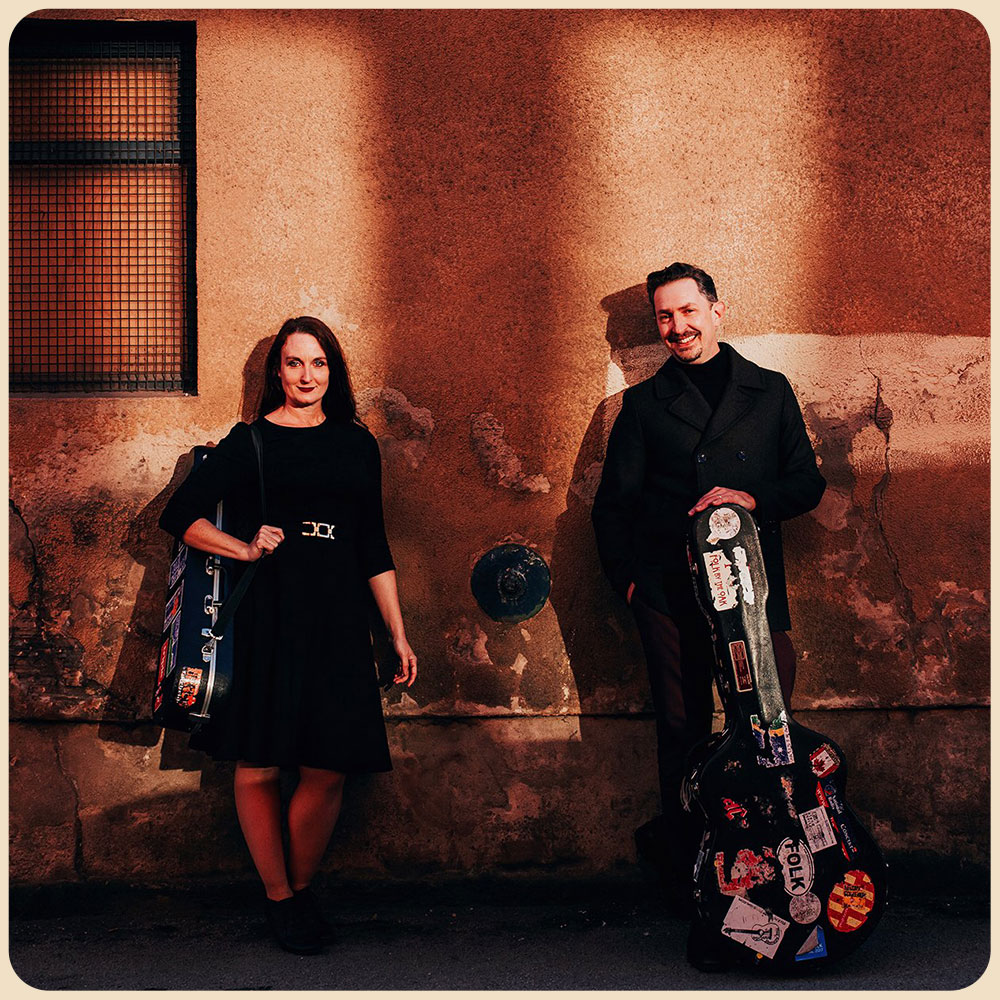 Nancy Kerr and James Fagan are one of the best-known and most experienced folk duos on the British circuit today. Outstanding musicianship, a lifelong grounding in traditional singing and instrumental playing, acclaimed original compositions but most noticeably a visceral chemistry between these two make Kerr and Fagan a perennial favourite at festivals, venues and clubs across the country. They met in December 1995, and formed the duo and life partnership that has become the backbone of their professional career in music ever since. They won the inaugural Horizon Award at the BBC Radio 2 Folk Awards in 2000, and were also the first ever recipients of the “Best Duo” Award, which they won in 2003, and again in 2011. They are one of only two acts ever to receive this honour twice (along with Spiers and Boden).

As a duo, Nancy and James have toured internationally, most notably in the British Isles, Canada, Australia, New Zealand and Japan. They have thousands of fans and despite now having two children continue to work and tour constantly from their home base in Sheffield. Starting a family has reduced the amount of time they can spend on the road together, so their duo shows are now special and sought-after events.