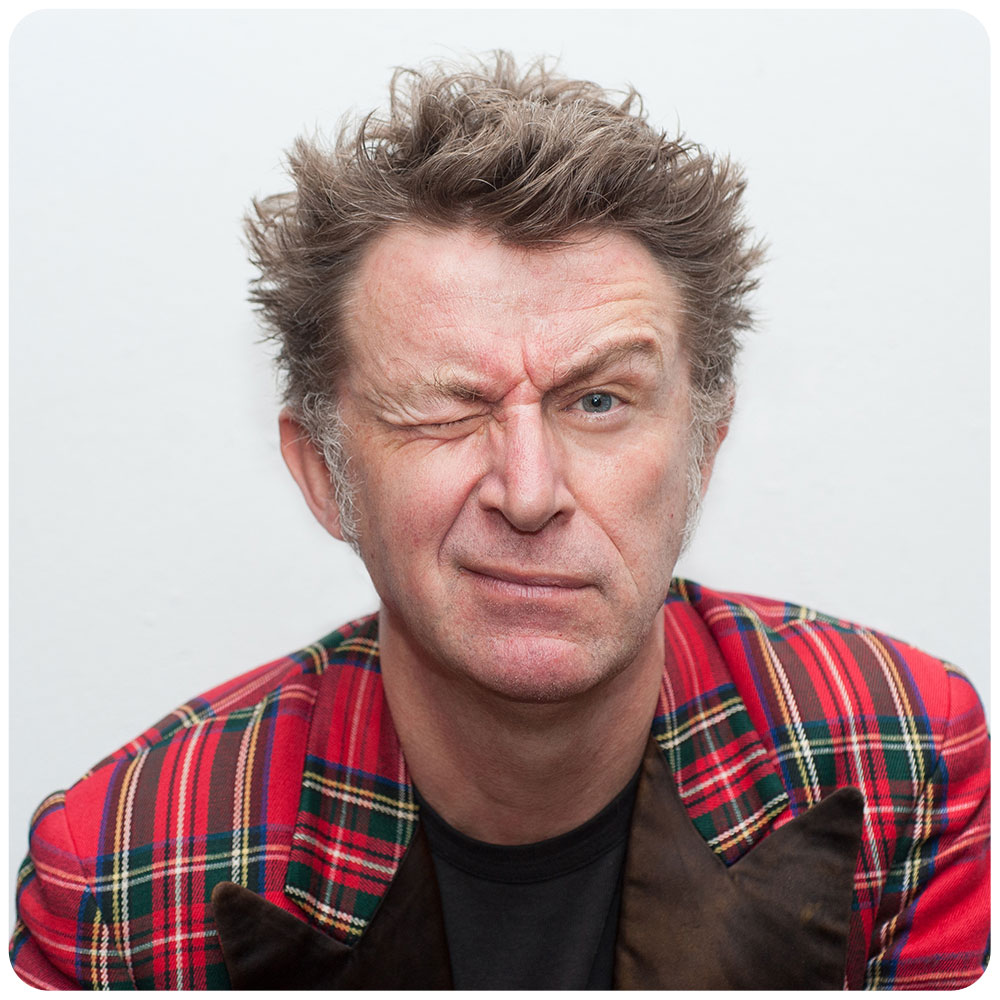 Stand-up poet, comedian and broadcaster, armchair revolutionary and walking shortbread tin, Elvis McGonagall resides at The Graceland Caravan Park somewhere in the back of beyond where he scribbles satirical verse whilst drinking malt whisky and listening to Johnny Cash.

Two series of his sitcom “Elvis McGonagall Takes A Look On The Bright Side” have been broadcast on BBC Radio 4 where he appears regularly as well as popping up occasionally on the television.

Elvis is the 2006 World Poetry Slam Champion, the compere of The Blue Suede Sporran Club and performs at literary and music festivals, comedy and cabaret clubs, pubs and dodgy dives up and down the country and abroad.

A deftly witty wordsmith, sharp and subversive but not afraid to be plain daft, Elvis has been spitting his scurrilous diatribes against the powers that be since 2003. And look at the state of the world now. So that’s 19 years of futile ranting.

Elvis McGonagall is huge in North Korea. He has suffered for his poetry. Now it’s your turn. 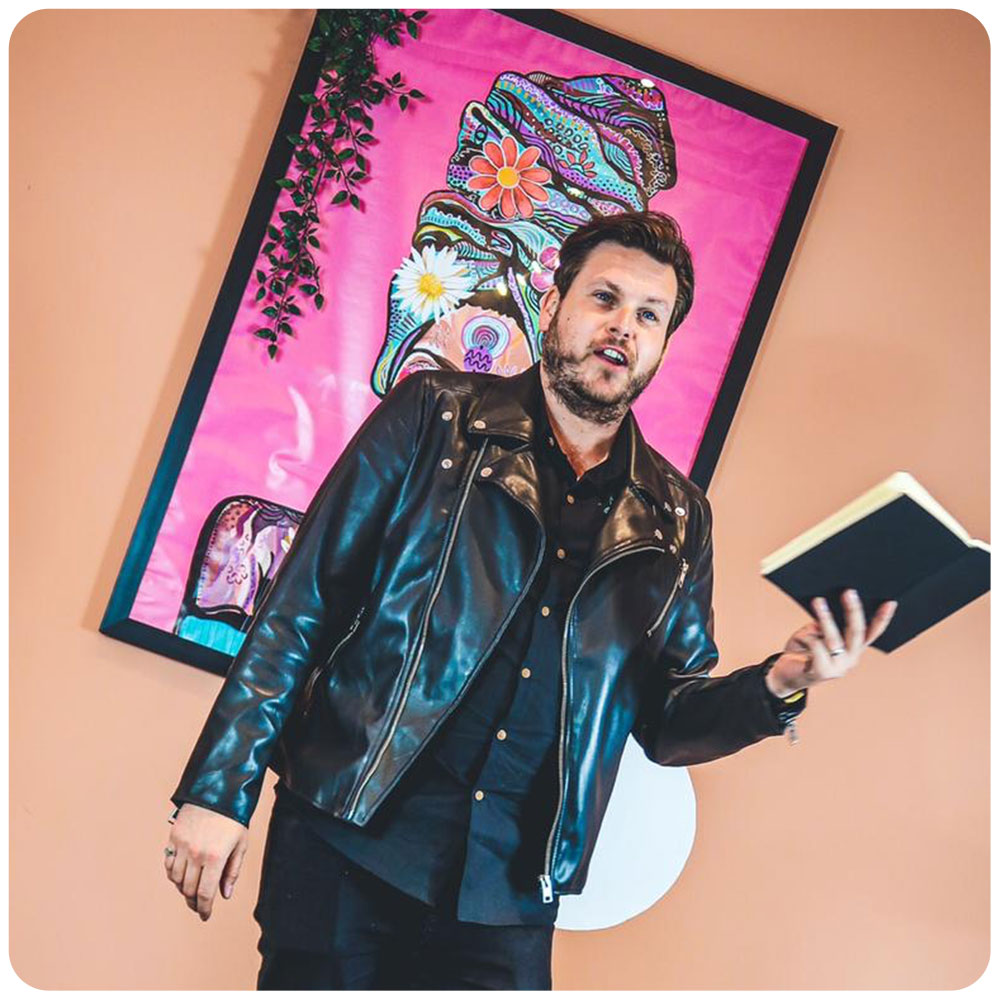 Steven Langstaff is a Nantwich residing poet who received a rapturous reception at his Words And Music debut in 2019, opening for Lemn Sissay.
Steven has also appeared at the Edinburgh Fringe, has gigged all over the UK to great acclaim and recently appeared at Beautiful Days Festival.

Gareth Williams aka The Rhymeologist is a Crewe born poet who’s work focuses strongly on the locality in which he grew up and still lives. He recently completed a commission with the local NHS and is currently working with Crewe Alex FC on a community poem project. 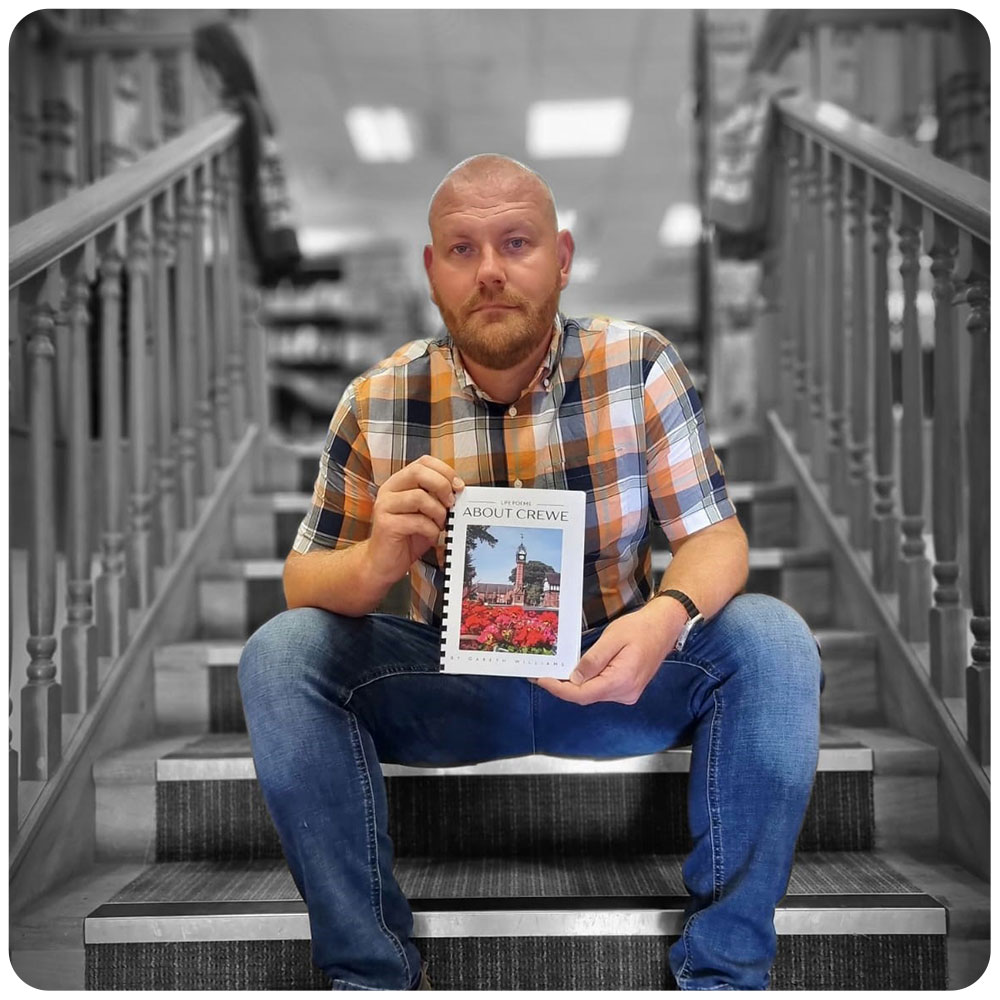